(323) 206-0548 Roi@Roi-Realty.com
Roi’s story began with humble roots in Israel.
Upon finishing his service in the Israeli navy, Roi was tasked with the challenge of choosing a career path that both encompassed his new-found skills and allowed him to share them with others.
After completing a personal training school at Wingate, Israel, Roi began implementing his personal philosophy of maximum effort as a personal trainer.
He became one of the top trainers in Tel-Aviv; his clientele included everyone from rabbi’s to actors. 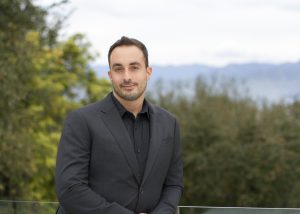 As the business grew, Roi encountered a Russian real estate mogul who kept him on retainer, thus giving him insight into one of the most dynamic and perpetual industries in the world and introduce him to a wide variety of global investors.
Roi, subsequently, took the risk and moved to Los Angeles and began a real estate career in one of the most internationally revered and complex markets, Studio City.
As a brand new agent who was freshly licensed and new to the area, Roi was recruited onto Coldwell Bankers sunset strip.
He then proceeded to teach himself the process of buying and selling real estate and learned the intricacies of the market from his team.
Not content with his knowledge of the housing industry, Roi attained a general contractor license and joined the prestigious Dream Home Estates, the number one fastest growing brokerage in Newport Beach and together, they opened a new Beverly Hills office, all while cultivating and growing his personal business and reputation.
Clients and colleagues loved working with Roi, acknowledging his meticulous attention to detail and his constant efforts to exceed all expectations, so the natural next step was to open up his own agency; ROI REALTY.
It may have been difficult to envision 10 years ago as a navy diver, but Roi found his own slice of the American dream and didn’t stop until he made it a reality.
We look forward to passing on this same perseverance and determination to all of our clients!